The beautiful art of dressage 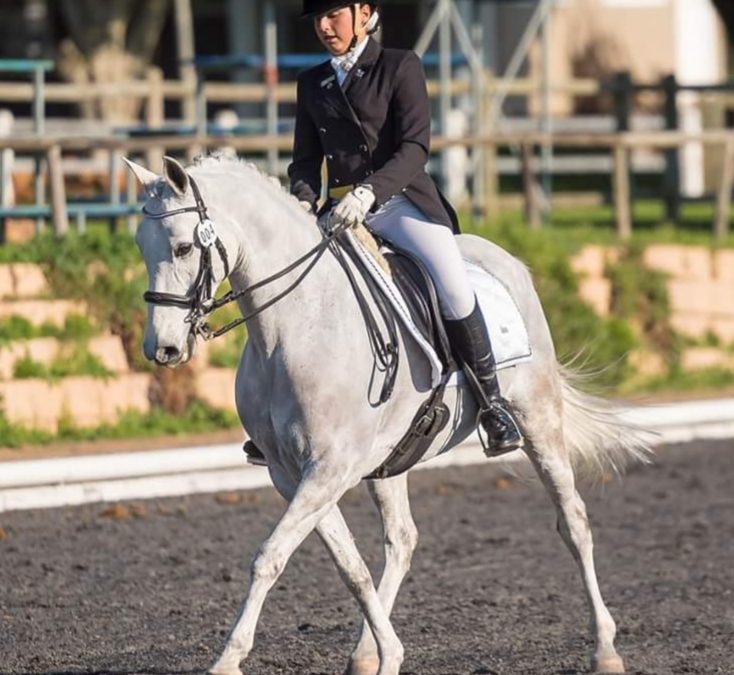 Dressage is the highest expression of horse training where horse and rider are expected to perform from memory a series of predetermined movements.
At the peak of a dressage horse’s gymnastic development, the horse responds smoothly to a skilled rider’s minimal aids. The rider is relaxed and appears effort-free while the horse willingly performs the requested movement.
Anja Lourens, a 16 year old rider and her 11 year old horse, Rymaar Daarshy will enchant spectators with their skill and beautiful steps at 11:00 on Wednesday, 12 September and 13:30 on Thursday, 13 September in the Main Arena at Nampo Cape 2018.
Anja started out with Rymaar Daarshy as a 5 year old pony and trained him herself. In 2015 they represented the Western Cape Open Showing Team and Open Dressage Team. In 2016 they were the Western Cape Elementary-Medium Freestyle Champions and represented the Western Cape Open Dressage Team at Youth Champs in Durban, where they won the Elementary Medium Freestyle Championship as well as the Victor Ludorum.
They have had a good year so far…. winning the Western Cape leg of the Dressage South Africa Challenge. They also won the Victor Ludorum for the Europa dressage challenge which ran over six shows. Rymaar Daarshy is not an easy pony to ride, he can be very quirky, and you must always be wide-awake on him.
You can attend this demonstration at no extra cost, just get your Nampo Cape entrance ticket.
ENTRANCE FEES:
Wednesday: R50.00
Thursday and Friday: R70.00
Children under 6 years: Free.
Children (6 to 18 years): R20.00
Get your tickets at Computicket and avoid the queues at the gate.